It was first made widely known by Paramhansa Yogananda in his Autobiography of a Yogi. According to Yogananda, Kriya is the most effective technique available to mankind today for reaching the goal of Yoga: union with the Divine.

Kriya is a technique of energy control, or pranayama. It is also a comprehensive spiritual path, which includes additional meditation practices, right living, and a link to the enlightened Masters mentioned in Autobiography of a Yogi.

The Technique Of Kriya Yoga 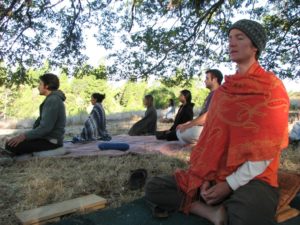 Kriya Yoga is so effective because it works directly with the source of growth — the spiritual energy deep in our spines. The Kriya technique is much more direct. It helps the practitioner to control the life force by mentally drawing it up and down the spine, with awareness and will. According to Yogananda, one Kriya, which takes about a half-minute, is equivalent to one year of natural spiritual growth.

The technique itself is taught through initiation. As Yogananda said in his autobiography, “Because of certain ancient yogic injunctions, I cannot give a full explanation of Kriya Yoga in the pages of a book intended for the general public. The actual technique must be learned from a Kriyaban or Kriya Yogi; here a broad reference must suffice.”

You can learn more about the technique by reading “The Science of Kriya Yoga” in Autobiography of a Yogi.

“Practice Kriya night and day. It is the greatest key to salvation. Other people go by books and lesser practices, but it will take them incarnations to reach God.” – Paramhansa Yogananda

The Origin of Kriya Yoga 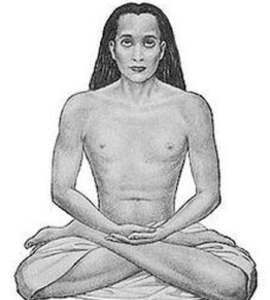 Kriya Yoga is an ancient technique that was hidden in secrecy for many centuries. It was revived in 1861, when the great yogi Mahavatar Babaji taught the technique to his disciple Lahiri Mahasaya during their meeting in the Himalayas

“Kriya Yoga is an instrument through which human evolution can be quickened. The ancient yogis discovered that the secret of cosmic consciousness is intimately linked with breath mastery. This is India’s unique and deathless contribution to the world’s treasury of knowledge.”
—Swami Sri Yukteswar, quoted in Autobiography of a Yogi
Learn Kriya Yoga

You can learn Kriya Yoga from Ananda, where people have practiced it daily for over 40 years. In addition to preparing you to receive Kriya, we offer extensive ongoing support.

Paramhansa Yogananda taught Kriya Yoga as a spiritual path that includes three other techniques, along with discipleship to the Kriya line of Masters namely Christ, Babaji, Lahiri Mahasaya, Sri Yukteswar, and Paramhansa Yogananda.

Ananda teaches the four techniques that encompass the Path of Kriya, just as Yogananda taught them: the Energization Exercises; the Hong-Sau Technique of Concentration; the Aum Technique of Meditation; and the Kriya technique.

“The Kriya technique will bring you to the source of inspiration and will give you answers, clear the brain and stimulate it, strengthen the medulla, and open the spiritual eye, as well as greatly magnetize the body.” – Paramhansa Yogananda

Some people claim they have the “real” or original kriya — why?
Lahiri Mahasaya had many disciples, and he taught Kriya to them with slight modifications depending on the needs of each individual. The essence of Kriya was taught the same. Ananda teaches Kriya Yoga just as Yogananda taught it. He learned it from his Guru, Sri Yukteswar, who was a direct disciple of Lahiri Mahasaya.
There are other groups that teach different “kriya” yogas — what’s the difference?
“Kriya” is a commonly used word in yoga. It literally means “action,” and is used to describe many different techniques. The Kriya that we teach at Ananda is specifically the Kriya Yoga of Lahiri Mahasaya.
Why do I have to practice the other techniques for a year before receiving Kriya?
First, the other techniques are part of the Path of Kriya Yoga. The Kriya Yogi continues to practice those techniques even after receiving the Kriya technique. Second, the Kriya technique is much more effective with the year of preparation. Finally, practicing Kriya requires a daily commitment to meditation. It can take up to a year to establish that practice.

Referring to the universal need for yoga, and particularly for Kriya Yoga, which guides the energy into, and up, the spine, Yogananda once said:

“You can be in a room twenty years, trying to get out through the walls, the ceiling, the floor. It is when you finally discover the door that you find your way out. That’s how it is with the soul. The average devotee may struggle his whole life trying to escape the bodily limitations by unscientific means, and by the paths only of devotion or discrimination. By Kriya Yoga, however, if he is sincere, he can escape quickly. Kriya Yoga takes one to God by the universal highway: the spine.”—From Conversations With Yogananda


The Path of Kriya Yoga Course

Find out more about the structure of the Path of Kriya Yoga course.